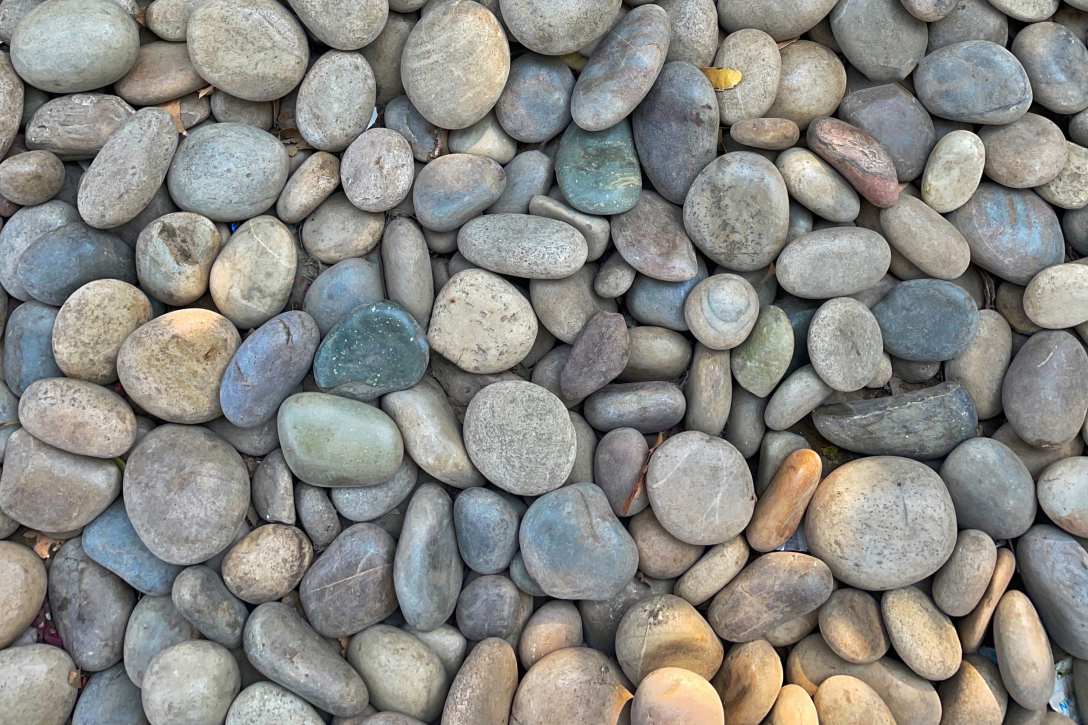 These natural instruments are made of wood, rock, bamboo and other natural materials. They will let you play the sounds of the forest, and they are quite simple, so you should be able to easily make some of these yourself. Some are playable without any modifications, as the instrument is allready made by nature!

This instrument may look simple, but it is the backbone of Reggae music.

Claves are made out of two sticks from a hardwood type, which when struck together produces a penetrating and audible click. They make this sound thanks to the wood’s own resonance, as well as the player’s hands. The hands act as a resonating chamber, amplifying the sound.

It is used in many musical genres such as Reggae, Salsa, Cuban music, and much more. And this instrument is neither expensive nor hard to make yourself. Being a completely natural instrument, you can easily buy or source materials for it!

The Gumleaf is an amazing instrument! It consists of a Eucalyptus leaf and you don’t even have to pick the leaf off the tree in order to play it.

It has a long tradition in Australia and you use the leaf by putting it onto your lips, and with a perfect configuration of the lips, and a slight bend of the leaf, you can play beautiful melodies! Although, it must be said that while this instrument looks simple, it’s hard to play. Beginners struggle with even producing any sound at all!

Frame drums have been popular since ancient times, and they are made out of two simple materials, wood and rawhide.

They can sound amazing and their size range from relatively small to much larger ones that pack a big punch and sound huge. This drum is either played with a mallet or with your hands, which makes it really easy to infuse emotion into your playing.

If you got time, you can make a drum-like this yourself, or you can opt to buy a traditional one for a surprisingly cheap penny.

Have you heard of the Rainstick before? This percussion instrument consists entirely of natural materials and can be easily made by yourself.

It’s made of bamboo or dried cactus, which is then filled with pebbles, and when you turn it around, the pebbles fall slowly from one side to another, creating the sound of the wind, sea, or rain. In the past, it was used by the Mapuche people in Chile, and they believed that the Rainstick could conjure up rainstorms.

The didgeridoo is made by nature itself. Traditional Didgeridoos are made by termites that eat the heartwood inside of the Eucalyptus tree, creating a hollow branch that can then be broken off and played with. Although in today’s world, those traditional style Didgeridoos only make up a few percent of the market, so they’re pretty rare.

Nonetheless, a real didgeridoo is made from 100% wood, and often a bit of wax at the top, to give the player a better mouth experience.

This type of flute comes in many shapes and sizes. And it’s made out of clay!

Vessel flutes and Ocarinas are clay-made flutes that work thanks to their body acting as a Helmholtz resonator. Simply, it’s when air resonates in a cavity to produce a tone. If you’ve ever blown the edge of a bottle, you know exactly how an Ocarina works.

You can DIY one of these if you got access to good quality clay, and you can make any design you want to! Because, unlike many other instruments, Ocarinas and Vessel flutes are not dependent on a specific shape to work.

Maracas originates from the Americas and Africa and is simply a shaker on a stick. Traditionally made from Gourd or Coconut shells filled with pebbles. This instrument is completely natural and highly versatile. Some Maracas however is made out of wood instead and this works fine too!

The Maracas can be used as a Shamanic instrument, and it’s traditionally decorated to look like a head. By putting human hair or feathers on the top, and making a slit that looks like a mouth.

If you’ve ever seen tribal people dancing in remote regions, they often use wrist and ankle shakers. These types of rattles are attached to your wrist or to your ankle and make percussive rattling noises as you dance to the music. You can make one yourself today, from household objects. But traditionally, they’re made out of natural objects such as shells, bean pods, and even dried hooves of animals.

You can make one of these from any natural material that you think makes for a good shaker, and tie it all together with some hemp rope or similar. This is an amazing instrument that everyone who’s into dancing should try sometime!

The Pan flute can be made out of bamboo, reed, cane, or clay and it’s a completely natural instrument, being made out of simple materials found in the woods. It’s named the Pan flute because of the Greek god Pan, and it also originates from Ancient Greece.

Clappers consist of two objects that you strike together to form a clap-like sound. It’s an ancient instrument that has been used by many different cultures, though the instrument has looked different all over the world. One type of clapper is the Castanet, and another one is the wood clappers from Ancient Egypt.

A very simple version of a clapper can be found in Hawaii, where they use volcanic rocks. However, if you want to, you can use any type of rock as long as it produces a nice sound.

The bullroarer is one of the simplest instruments there is, and I suggest you make it yourself instead of buying it. Consisting of just a sliver of wood attached to a string. This instrument can be heard from many miles on a quiet night.

Traditionally used by the Aboriginal people in Australia, this is and was considered a sacred instrument. Though even if they tried to keep the bullroarer a secret. In today’s world, you can find bullroarers in well-assorted music stores.

What is the Most Natural Musical Instrument in the World?

Some musical instruments are simply found in nature such as the gum leaf, ‘Ili’ili, or river rocks. This makes them two of the most natural instruments in the world.