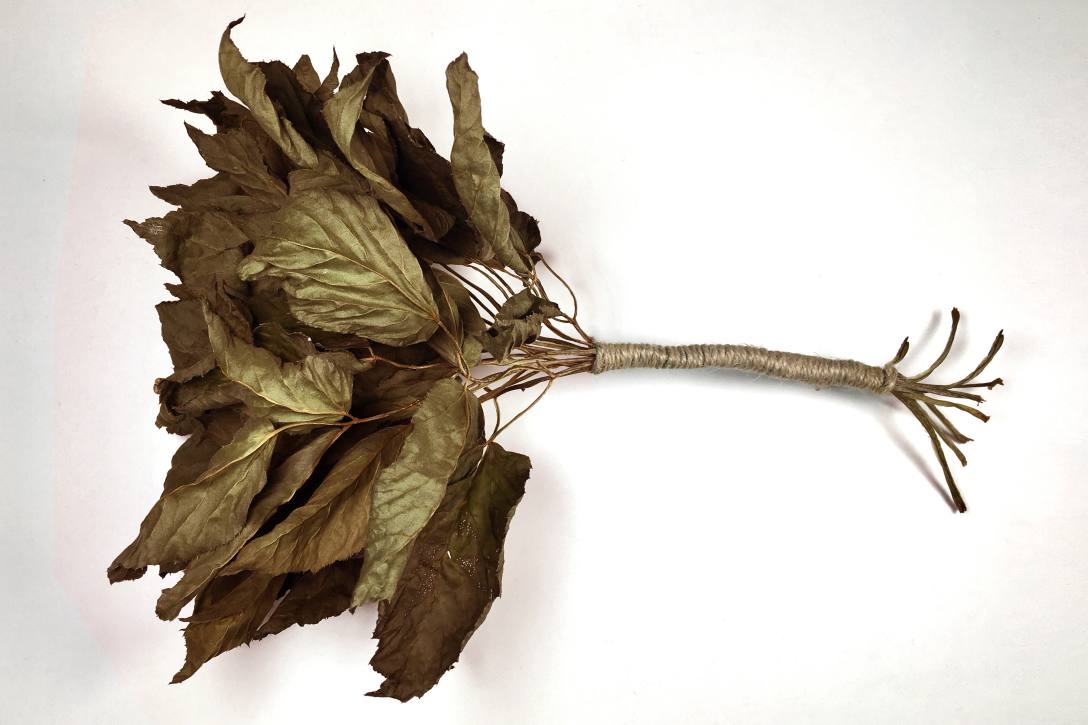 Shamans have used these powerful musical instruments for a long time. They are the original shamanic instruments used for healing and journeying inwards. You may be surprised by how simple yet revered they are for their capabilities.

The leaf rattle speaks the language of the plants, and the shaman’s intentions are carried through its sounds. It makes what the Amazonians call “pure sound” or pure sonido. This is the most important musical instrument among shamans in the Amazon.

Leaf Rattles are sometimes called Wind-makers and they are preferred by many over the Maracas. Shamans in the Amazon use the word shacapar, which means heal by rattling. The leaf rattle acts like a magic wand to direct energies in order to remove blockages and resolve issues within a person’s body and soul.

Maracas are often used by indigenous shamans in the Amazon and they’re made from a hollowed-out and dried gourd, to which a stick is attached. It’s usually decorated with a feather or two on top. It functions much like a shamanic drum to hold the rhythm while the shaman is chanting his prayers.

Like an extension of the arm, the shaman shakes the rattle around the person he’s working with, imbuing their head and body with its sound. The person may be laying down, while the Shaman sends his impactful rattling sounds through their bodies, sonically altering their vibrations.

Many times, Shamans use only one Maraca, in comparison to two, that is often used for musical purposes.

The frame drum is a type of slim handheld drum played either by hand or with a mallet. This instrument stems from ancient times and it has been, and is still being used by Shamans all over the world. It’s made from wood and rawhide, and there exist all kinds of sizes when it comes to frame drums, but overall Shamans use the bigger varieties in order to make an impactful sound.

It’s a powerful instrument and is often the only one needed for healing practices and other ceremonies. It can be drummed in a hypnotizing rhythm in order to induce a trance.

This video contains interesting ideas about shamanic drumming and its possibilities. If you’re interested it’s a great place to start, even if you can’t follow along with every word that’s said.

Rattles tied to the wrists and ankles are traditional shamanic instruments. Though sometimes, smaller rattles will also be tied to the waist, back, and ears as well.

As the Shaman moves around, perhaps drumming on a frame drum, those rattles will accompany his or her movements and make for a very vivid soundstage that can be used to set the right intentions for whatever the Shaman wants to accomplish.

They can be used on their own, together with hectic dancing that may go on for so long that the dancer passes out and falls into a trance. These rattles will rattle effortlessly throughout the shamanic dance.

Singing is the oldest instrument in the world and it’s also a core shamanic instrument. For example Icaros or Medicine songs as they are called, are vital to modern and past Ayahuasca ceremonies in South America. But of course, singing for shamanic purposes is not unique to South America, it’s used by Shamans everywhere.

In many instances, the songs are not predetermined, but rather made up on the spot or received from the spirit world. Really, the intention is key and the melody, frequency, and tonality will be the outcome of the intention.

The song is sung without a need for comprehension, as it’s not needed to be understood. But rather, the song acts on the spiritual level outside everyday consciousness. It may incorporate humming, whispering, and words that make no sense (glossolalia).

Even if many can feel the power of the singing bowl, few know that it’s an ancient shamanic instrument used to alter the mind in extreme ways.

Originally from Ancient China, the singing bowl was first used as a shamanic instrument in Tibet and was allegedly sometimes disguised as a common eating bowl in order to keep it a secret.

Its resonance makes the Shaman vibrate his or her consciousness to the same frequency as the bowl, and focusing on the tone has purifying properties. It creates a single point of attention, for making one’s mind so razor-sharp it can cut through this reality and enter the higher dimensions.

In today’s world, it’s commonly used as a therapeutic instrument, and many westerners use it without knowing about its use as little more than an instrument to produce a relaxing tone.

But many westerners don’t pay attention to the frequency and harmonic property of the bowl they’re using. Traditionally, this would have been of great importance in its place of origin, and it would have been key to how well the singing bowl worked its magic.

The Scraper, also known as Omichicahuaztli, might be a surprise for some because it’s not very well-known. It has been used by Shamans as a musical instrument in Mexico, and traditionally it would have been made out of human bones. The history is not conclusive, but the story goes, that when a warrior died, the shaman would take a bone from the warrior as a talisman and make an instrument out of it to gain his knowledge or wisdom.

Today, you can use an animal bone or simply wood, like in the image above to re-create this instrument. In Mexico, they used different intervals of the notches for different ceremonies and rituals, as changing the intervals changes the sound.

By North American Indians it was used in the belief that it could conjure up rain, as well as during the Niwe ceremony for talking with the dead. But despite its use as a shamanic instrument, it was also used as a toy for children.

The instrument consists of a thin wooden slab attached to a cord which when swung around in a circle creates a great roaring sound. It’s one of the easiest musical instruments to make, and the sound can be heard for very long distances.