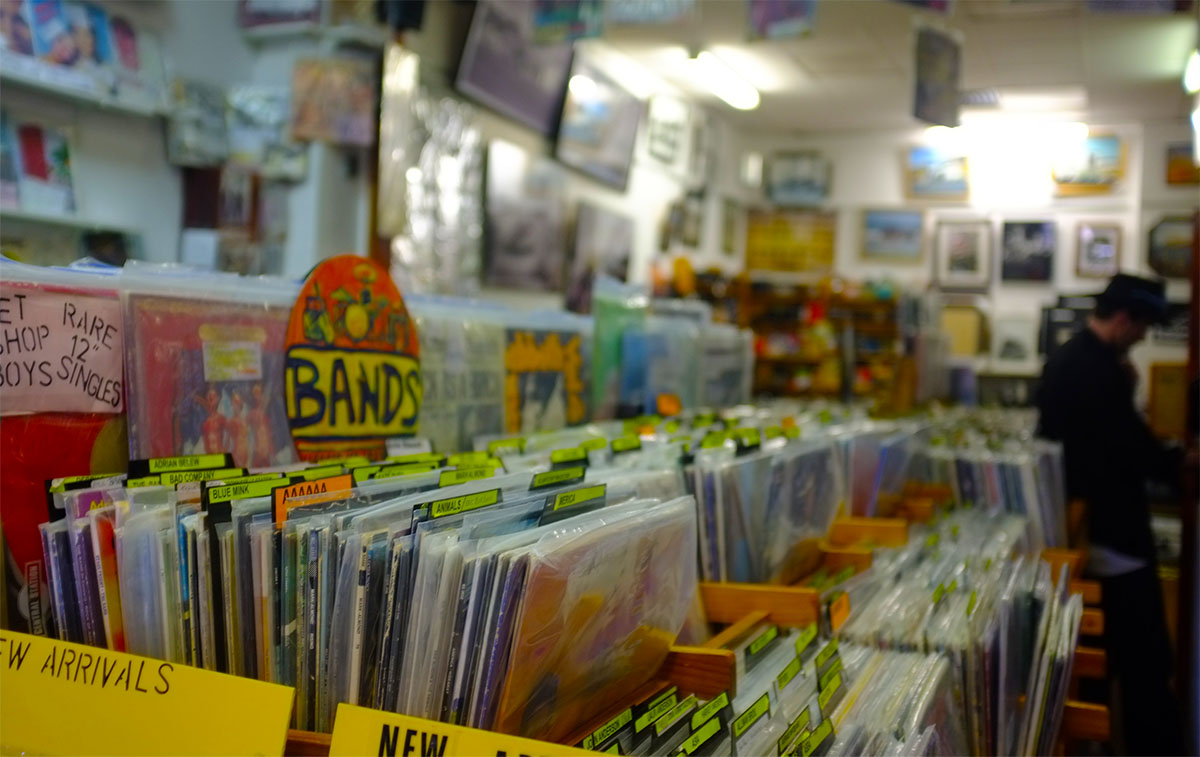 It takes extra time to make binaural music, and it almost only plays well on headphones. But the 3D effect is so profound that it’s a different dimension. Here are ten of the best binaural albums to date.

This album takes binaural music to another level. It’s an incredibly rich listening experience with sounds really jumping out of your headphones. The track Otherside is an absolute masterpiece but all of the tracks are worth a listen.

This is Flow Motion, a funky album from the band CAN released in 1976. It was mixed using an artificial head, and the song “I Want More” really contains some good vibes.

3. Up Close by Ottmar Liebert

If you like soft, acoustic music, Up Close by Ottmar Liebert is a fully binaurally recorded album for you. However, I recommend you to check out the Spotify version to listen to it in much better quality!

Rolling Stones’ live album Flash Point was recorded using a binaural system and the effect is extremely convincing. It’s like a rock concert right in your earphones. Don’t miss this one.

5. Gorn Levin Marotta – From The Caves Of The Iron Mountain

From The Caves Of The Iron Mountain is an experimental album released in 1997. It was recorded inside the Widow Jane Mine as seen on the album cover. You really get a sense of being in the cave thanks to the binaural technology.

Hooke live sessions are a set of live recordings from the binaural microphone manufacturer Hooke. Every song in the playlist has an incredible depth and space. It’s truly a treasure trove of binaural music.

8. The New Appalachians – From The Mountaintop

The folk album From The Mountaintop is a compilation of 17 traditional songs from the American Appalachia region. It’s a release by Chesky Recordings, a company that specializes in binaural recordings. It’s recorded using only one binaural microphone positioned in front of the band.

This is a 2019 release from the UK Punk band Spilt. It’s raw, psycho-acoustic, and highly experimental. Every song is different from the other and it’s filled with interesting soundscapes.

At Peace is a group that’s been active since 2008. Some of their inspirational sources are Pink Floyd and Sigur Ros. This album is a work of art. Just put it on, sit back and relax.

If you wanna learn how binaural audio works. Here is an explanation.