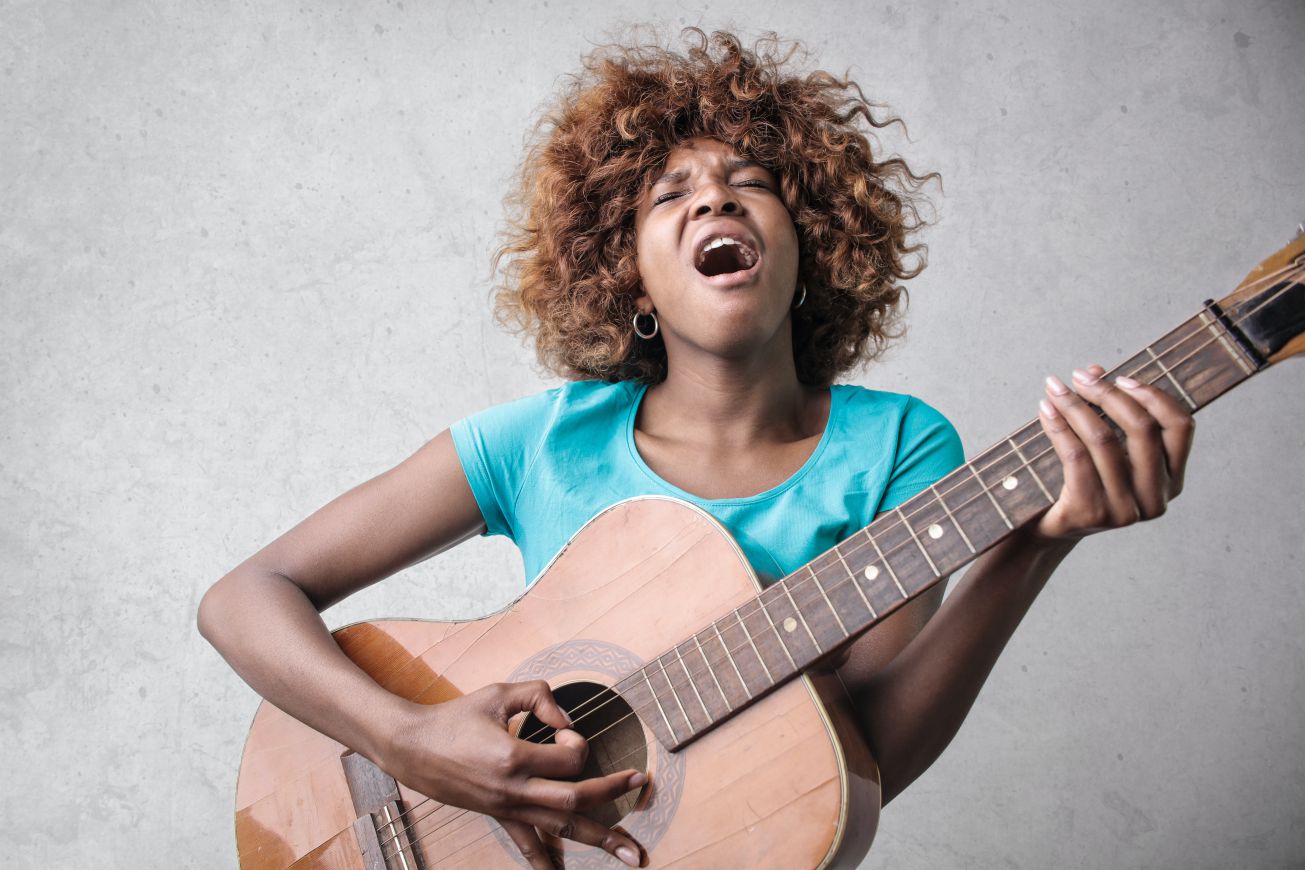 Finding the right key for your voice can be hard. There are so many unique songs and singing them well, really requires the best key for you. I’ve been picking keys for songs on a daily basis, since far too many years back. In this article, I will share what I’ve found works best.

Let’s start with the most commonly used, and most powerful trick to find the best key for your voice, on any given song in just 3 steps.

All songs are not the same. Sometimes you also need to identify the lowest notes, in order to put your voice somewhere in the middle of the notes you’re able to hit.

No singer has a “one” key to rule them all. It’s different for every song, always and you should decide what key is right for you on a per-song basis.

A powerful tip is to notice, how your vocal cords feel different when you’re relaxed. Aim to sing from that state and ultimately, you should be able to sing anything without feeling tense. As well as find the most suitable key where you can feel relaxed.

Here’s a video from Mama Jan Smith (Justin Bieber, Drake) who explains how to find the right key, but in a more general way.

On any given song, every singer has a key that’s right for them. The sweet spot if you will. And in order to truly find the best key, you may need to try a few of them.

When you’ve identified a few keys you can sing any song. It’s a matter of artistic intent, which one of those keys you choose. But here are a few things to consider.

Anyone should be able to sing with ease in their natural range. Which closely resembles the tones you do when you’re speaking.

Think about in what pitch and key you talk, and you can start to get a feel for what key you naturally should be singing in. You may wanna go slightly higher in key than when you speak. Because when you sing a little higher up, it’s easier to get a focused, good energy tone.

The higher you go, the more focused your tone will be, and you will have a sense of urgency and attention-grabbing tonality. It’s very common for singers to sing quite high up, because of the benefits such as vocal agility and urgency and that less air is needed to produce the tone.

The lower you go, the more intimate, relaxed and full your vocals will sound. But you won’t have the same agility and attention-grabbing tonality as when singing high. It can also be harder to go low because requires more air.

Don’t go too high or low

Going with too high of a pitch will be straining for your vocal cords, and you’ll quickly feel sore. Thats why its good not to sing in an uncomfortable or you may end up damaging your vocal cords, as well as sound tense to listeners.

Other Ways for Finding the Best Key

There are a few other tricks to use for finding the best key for any voice. They are all very useful. I personally resort to one of these, if the first trick mentioned above doesnt work.

One of the most powerful ways to find the best key is to record yourself singing. Do it multiple times in different keys, and you will quickly get an understanding of what sounds good and what doesn’t.

Get an Honest Outsider

Sometimes it can be hard to choose. So if you make multiple recordings of various keys. Send them to an honest outsider. Sometimes it’s easier for a different person than yourself to spot inauthenticity and harsh sounds in the vocal. It’s just easier for someone else to hear your recordings with a clean slate of mind.

Which one comes naturally to you?

Often when we don’t have music on. We begin to sing songs naturally, often some song we recently listened to. This is really interesting, because you can take any song you wanna sing, surround yourself with it, and you’ll begin to sing it without any accompaniment.

Make a voice memo whenever you do this, and you’ll find the key that comes naturally to you for the song.

The key that gives you the most Power

Choose the key which gives you the most power. Oftentimes, you wanna have a powerful chorus, so you can base your decision on that. Can you sing the chorus with a powerful voice? then it’s probably a good key.

The Most Common Keys

This data is from an article published on Spotify many years ago. Unfortunately, it was removed, but I re-created the chart so you can see what the most common keys are once again.

The Musician Kenny Ning took it upon himself to analyze all of Spotify’s tracks to find the most common keys in the world. The results?

The Easiest Key to Sing in

The easiest key to sing in for any given person will be a key very close to their natural tone of voice when talking. However, sometimes it’s a bit above the natural tone because the higher key you go in tone, the less air is needed to make the tones.

Studies have shown that when singers begin singing a song without a reference pitch, they tend to go lower than the original song if it was high in the first place, and in songs that are lower in key, people tend to sing in the same key. Perhaps indicating, that someone who naturally begins to sing any song, starts in a more comfortable, lower range key.