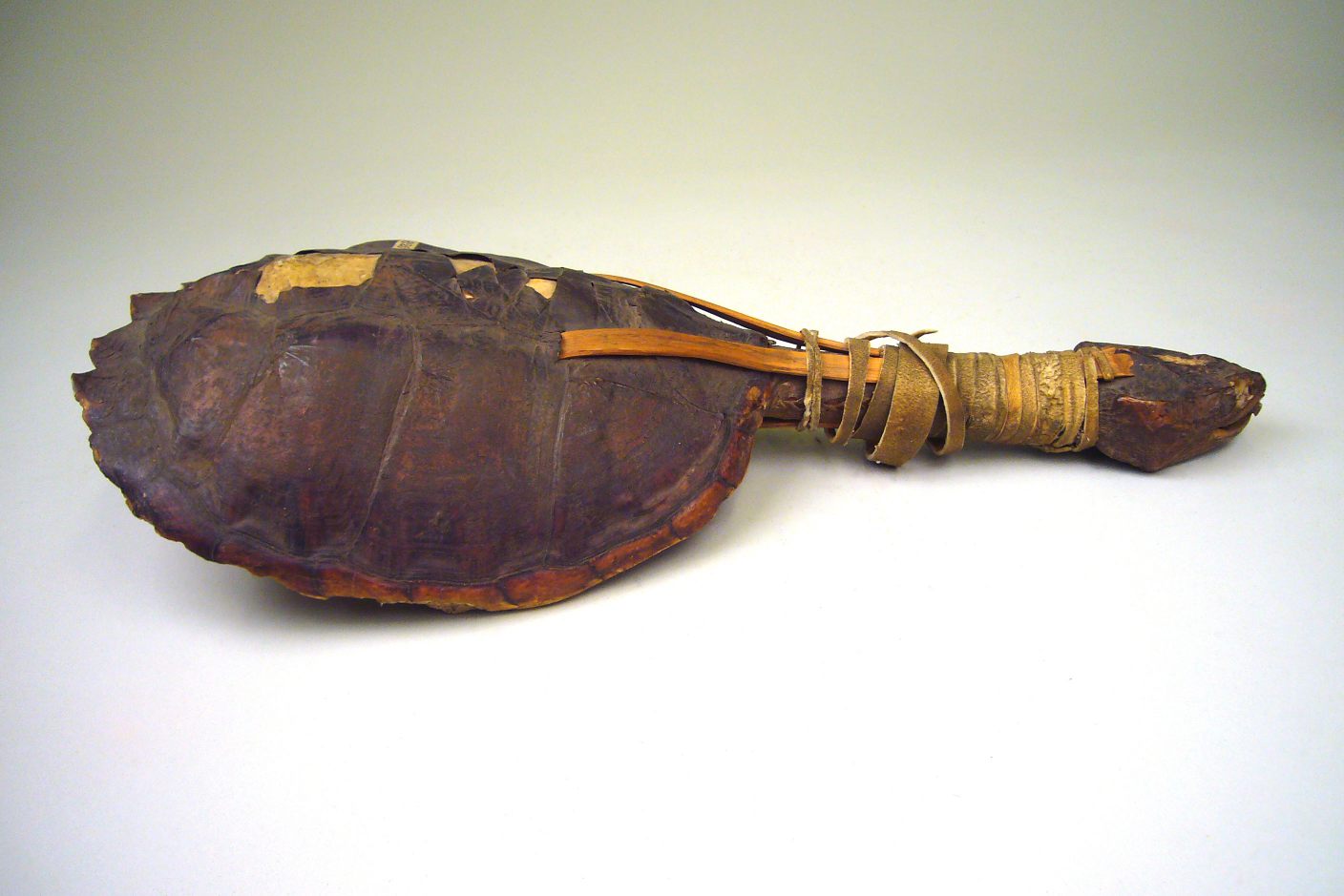 These are some of the musical instruments used by various Native American tribes throughout North America. Many of them have been and are of great importance to their lifestyle, culture, and spirituality. There is more to them than meets the eye!

What’s known as the Native American flute in the U.S today, is typically a 5 to 6-hole flute made out of natural materials such as Cedar or Rivercane. The rivercane flute was a musical instrument shared amongst many North American Tribes such as the Navajo, Hopi, and the Colorado River tribes.

Rivercane which is a type of bamboo works perfectly as a material for this flute since it’s naturally hollow. When it was sometimes made out of wood instead, the flute was assembled from two carved-out halves, glued together with sap, and bound together with strands of hide. The Native American flute goes by many names such as tâhpeno and do’mba, and has a few different variations. One is what’s called a drone flute, and you can think of it as 2 native American flutes in one. It’s played with both hands and is polyphonic.

The Powwow drum, also known as a host drum is a common element at powwow gatherings. It is a sacred drum treated like a person at the powwow, where the drum is welcomed before the ceremony begins. It is usually drummed by many people at once. And therefore it’s a pretty huge drum so that everyone can fit by it. It’s double-sided, so it has drumskin on both sides of the drum. When it’s made, holes are cut at the edges of the skin to tie both sides together.

The Apache Fiddle AKA ”Tsii’ Edo’ Ai”, is a Fiddle used by the indigenous Apache people. It consists of a dried plant stalk with a horsehair string attached to it, and the note is changed by putting your finger on it while playing. It’s played with a bow which is rubbed into resin in order to create friction against the string. Similarly to how many other string instruments work such as Cello, Violin, and Double Bass!

The Scraper, also known as a rasp, is a musical instrument used by Native Americans. Scrapers are made out of oblong pieces of wood or bone, and notches are put into them so that when they’re rubbed over with a stick, create a sound due to the rugged surface. It’s been used by many Native American tribes in the United States, and this instrument can still be seen being played at gatherings.

Some scrapers are played with a dried gourd beneath it, which functions as a resonator, amplifying the sound. In the past, it was sometimes created from human bones.

The frame drum is an ancient instrument and has historically been used by people all over the world. And Native Americans are no exception. There are so many kinds of frame drums, and their style has varied amongst the Native American tribes. In the image above, you can see a Dakota tribe frame drum with a buffalo painted on it. And many frame drums throughout North America have shared this style, with a very bold, focused symbol on top.

A special feature found amongst the Native American versions is that the drum frame is made from pieces of wood, whereas many other frame drums over the world are created by bending one piece of wood until it creates a hoop. Frame drums have been used for both healing and for dancing.

The raven rattle is one of the most fascinating Native American Instruments. It’s believed to have originated from the Nisga’a people and was used along the entire Northwest Coast. One feature that sets this rattle apart from every other rattle, is that it’s so intricately stylized, depicting multiple animals at once.

Early records tell that it was generally used by the Chiefs of the tribes, for transferring some of their spiritual power to younger people. And it was also used by shamans to summon their spirit guides.

Some Native American tribes such as the Sioux, used Dance wands, which consisted of metal pieces, animal claws, hooves, or other objects attached to a stick. When the holder danced with the stick, the rattle automatically rattled along with the movements of the dancer. Interestingly, this musical instrument was so widespread, that it was used by tribes in the midwest as well as by tribes in the Alaska region.

Native American whistles have been closely associated with dancing and rituals. Some whistles were carved to depict spirit beings, and the sound of the whistle typically represented the sound of a spirit being as well. They could be made out of wood and bone and were sometimes decorated with Sweetgrass, a sacred type of grass that was used for purification. Some whistles consisted of not only one, but several whistles bundled together.

Reed pipes have been used by various Native American tribes and consist of a wooden tube, which has a reed inserted into it. There are Native American reed pipes with and without holes, and there are double reeds, and single reeds as well. The double reeds were created by simply pinching a cane at the end, and when the player blew into it, the edges vibrated.

The single reed version consisted of a reed made out of wood, and after colonialization, Native Americans got access to new materials and started using copper too. This metal was easy to manipulate. Because it’s so soft, it could easily be beaten to form the thin strip required to form a reed.

The turtle rattle on the image is known as a Gus-da-wa-sa from the Iroquois tribes. But turtle rattles like these are not uncommon amongst native American instruments. They function much like a Maracas does, but instead of a gourd, uses a turtle shell attached to a stick. The turtle shells are filled with pebbles or seeds, which makes them sound when rattled.

Among the Seneca and Iroquois tribes, larger snapping turtles were used whereas smaller ones were used elsewhere, and according to Iroquois mythology, the earth rests on the back of a turtle.

Did the American Indians have musical instruments?

This article is written in the past or present tense, and many of these instruments which are described as historical instruments may still be in use and of importance. There are many variations of the instruments, and many tribes have their own names for them.