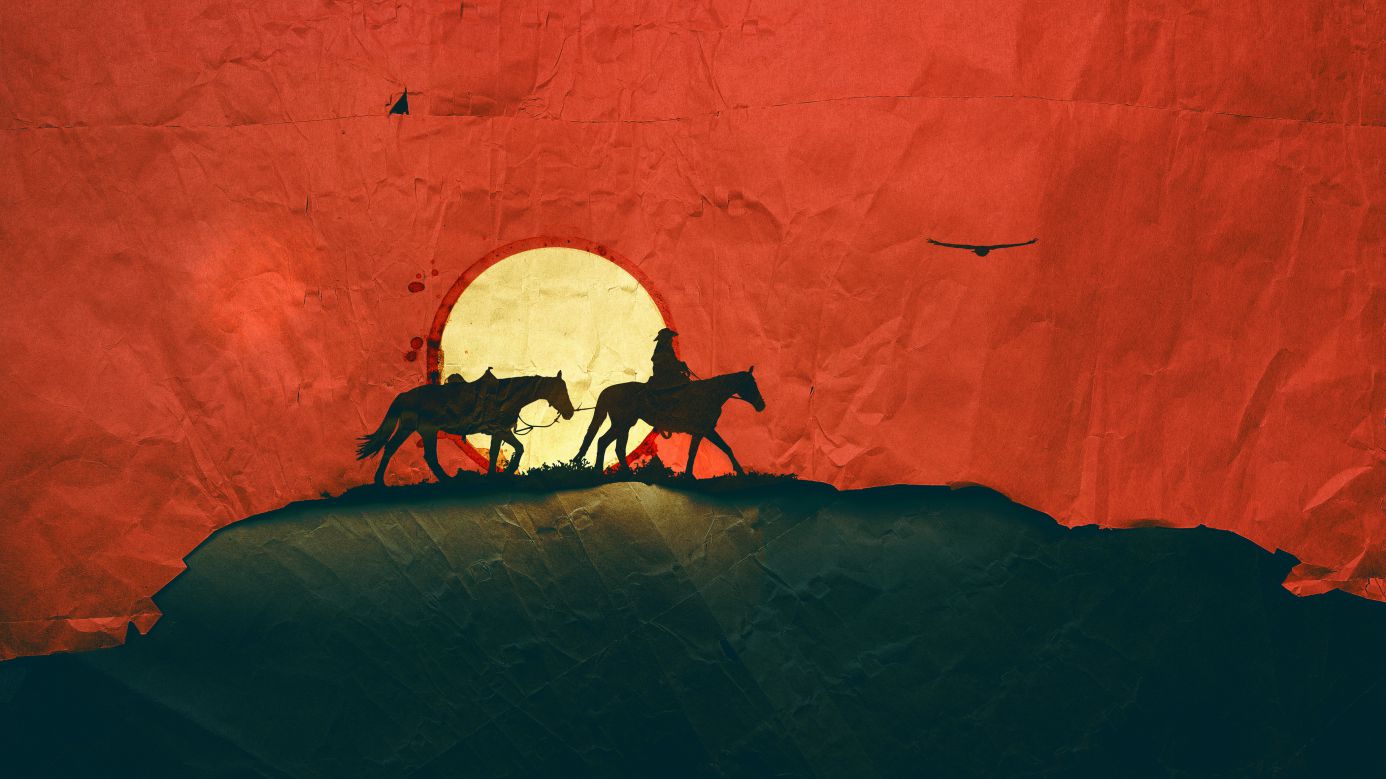 This list features some of the best music for horseback riding in the world! There are playlists, songs, soundtracks, suggestions, ideas, and everything you need to get some music going while you’re out riding!

I did so much research to find music that is used around the U.S in Barrel Racing Competitions, in order to create this playlist. The music is taken from events such as NFR Prorodeo.

Before you listen, you may wanna know why it’s so special.

Barrel racing is such an intense and fast sport and therefore the music shares the same characteristics. It’s highly energetic and perfect for when you wanna go fast, or try barrel racing on your own.

The Witcher is a horse-centric game that has some incredible music for horseback riding. It’s so calm and peaceful and it’s perfect for when you’re out relaxing on a horseback. This one can easily become a new favorite!

A study was done at Hartpury University to try to understand how horses respond to music. Four different genres were tested, Classical, Country, Jazz, and Rock. They also measured how the horses behaved when there was no music.

One thing stood out in the results. When they played country music, the horses seemed even more relaxed than when there was only silence.

So why not play some country music the next time you’re in the barn or out riding!

4. Spirit Stallion of the Cimarron Soundtrack

One of my favorite movies of all time, Spirit, has one of the best soundtracks in the world for horseback riding. I’ve seen songs from Spirit added to many horse riding playlists, and indeed, I think they made a great choice every time.

It’s unbelievably epic, and it can really make you experience new places and lift your mood up!

You can find it on Apple Music and Spotify

I put together a playlist with some of the music I usually use for horseback riding. It’s perfect for when you’re out exercising. It’s not too slow, It’s not too fast, It’s somewhere in between.

And the playlist is very easy to listen to, easy to sing along to, and just pleasant overall. I recommend it!

Freestyle to music is a form of dressage where the rider “dances” with the horse. There are competitions in both the Olympic games and elsewhere.

The music used in freestyle dressage usually consists of soundtracks from movies as well as classical music, and the music is chosen to fit the horse’s tempo and the rider’s preferences as well.

If you wanna try it, you can always use songs that have already been used in competitions such as Tokyo Olympics 2020. They may work for you as well!

On the note of Dressage Freestylers, who carefully sync their riding with the music. A good idea is that any music you play should ideally be in the same BPM (tempo) as that of your horse.

It’s more of an idea than a specific music suggestion as most genres have songs with very different tempos. But if you’re really serious about it, try to match the song’s BPM with the horse’s BPM and see how it feels.

I recommend you download a metronome app that lets you tap your finger to find out the rhythm of your horse, and then match that with your music choices.

Walk and Canter is usually between 92-104BPM and Trot is around 150BPM.

When you’ve found out the tempo (BPM) of your horse, you can search for mixes on Youtube. For example “120BPM Music Mix” will give you good results.

Some people love it, some people hate it. This is truly a double-edged sword.

Leo Rojas’s album features basically instrumental tracks with various pan flute melodies and accompaniment. But it’s so soothing for the soul, and I think the horses agree.

It’s a very grounding and natural sound and it goes perfectly with being out in the open on a summer’s day.

9. Zelda Breath of The Wild Soundtrack

Just like the Witcher game that is also on this list. Zelda Breath of the Wild is also a pretty horse-centric game with a great soundtrack to listen to whilst riding. It’s been suggested before by other riders, and I’m not surprised.

It’s pretty relaxing for the most part and has a lot in common with classical music. It’s sadly not available on Apple Music or Spotify. But you can find a sweet mix of the soundtrack here!

What music do you listen to when you’re out riding? Put it down in the comments. Maybe I’ll add it to the list! Thanks for reading!