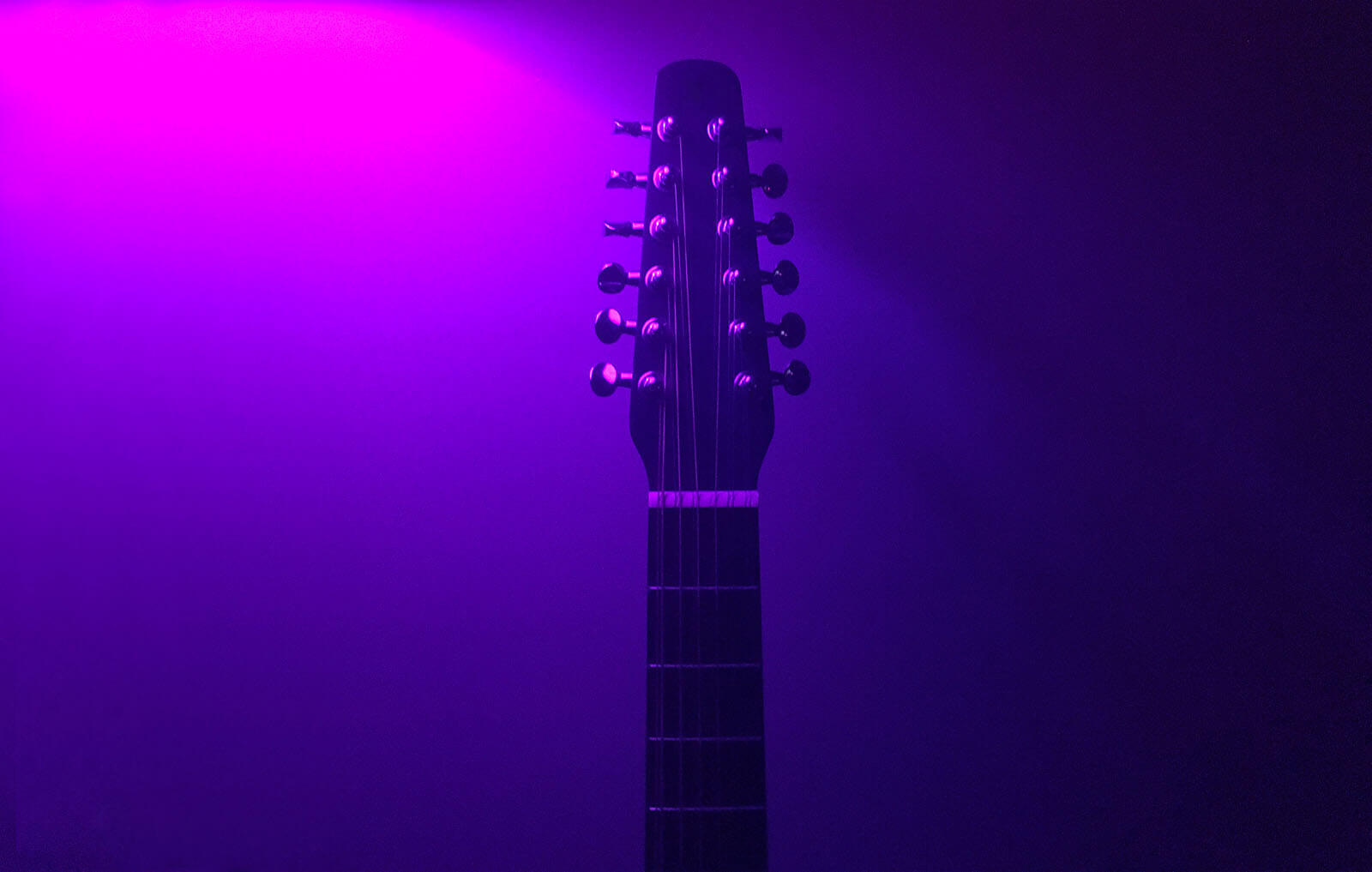 1. Has a Higher Volume Output

You’d be surprised by how loud an acoustic 12-string guitar can get. In many cases, especially when strumming, it’s almost twice as loud as a 6-string!

Some of my friends have been shocked by just how loud of a sound they can produce. It can fill up any room, without an amplifier or microphone.

The reason for this is that the configuration of strings will produce sound across a wider frequency spectrum and the strings at the top are doubled. You’ll also be applying a greater force overall when you play. All of this adds up to a greater amount of loudness.

The pressure required to play a 12 string guitar can really hurt the fingers, even if you’re experienced!

It takes double the amount of pressure compared to a 6-string guitar to hold down the strings, as there are twice as many.

When I bought my first 12 strings, it took months to get used to. Despite having played six-string guitars for so many years, it felt like starting all over again.

Just be prepared that you may not be able to play long sessions in the beginning.

Chords sound better on 12-String guitars for two reasons. The first reason is that there are 12 strings, which creates a more fuller and richer chord when strummed compared to a regular guitar.

The second reason is due to the string configuration. You’ll get a chorus effect, which is caused when the dual strings vibrate together. They can’t really be in phase with each other, which creates a shimmering effect in the sound.

This is what creates the unique sound that 12-string guitars are known for. Chords sound heavenly and epic at the same time.

Tuning a 12 string guitar will always take double the amount of time. And it’s more finicky than on a 6 string.

Because the strings are so close together. It’s easy to hit the wrong string when you’re tuning. I can almost never use my fingers, but instead, I use my fingernails or a guitar pick to hit one string at a time and not a single one more.

I really wanna add. That out of all of my guitars. My 12 stringed ones will detune in just about a day, making me have to re-tune them every single day. Whereas my 6 stringed nylon guitars will hold their tuning for months.

Luckily, it’s worth the effort! Because a well-tuned guitar will always sound really good.

Should I mention re-stringing will also take double the amount of time?

In my own research, I’ve found that if you want to buy a cheap 12 string guitar, you’re likely to pay more than twice as much!

I compared every 6 and 12 string guitar for sale, on a popular site called Thomann and I found the average price for a cheap guitar to be $228 for a 12 string, and just $86 for a 6 string when comparing the 15 cheapest alternatives.

So in the end, and especially if you’re looking for a cheap guitar to get started. You’ll pay more than what you would pay for a 6-string. You can go here if you want a full price breakdown.

6. Harder to Play Melodies and Riffs

It’s harder to play melodies and riffs on a 12-string guitar compared to a 6-stringed one. This is due to the strings being very close to each other, so it’s hard to get a clean result. Not only that, but you need to pick from the right angle, otherwise you won’t hit the two strings at the same time.

It’s a good idea to use your fingers when playing, because the thickness of them compared to a guitar pick, will ensure that you hit both strings.

But that’s not all.

Bending on an acoustic 12 string is close to impossible, so much so that you can forget about it. You may risk damaging your fingers! That’s because when you try to bend and the strings don’t move, you risk damaging your calluses.

Sometimes when I use my 6-String capo on any of my 12-Strings. It doesn’t really have enough force to hold down the strings. Ideally, you should get a capo designed for this type of guitar. It requires more force to hold down all the strings, and 6-string guitar capos are just barely up for the task.

The difference is that a capo for a 12 string guitar creates double the amount of pressure compared to a 6-string capo, and I’ve found them to be just slightly longer too.

It’s really a gamble of how well a normal capo will work, so if you want something reliable. Get a 12 string capo!

8. Has a Different Build

12 string guitars are built differently to accommodate for the added tension of having 12 strings. They have a slightly thicker neck, and a reinforced body and structure.

The neck is also often wider than on a 6-string guitar to accommodate for the twelve strings. This can affect playability, but it’s more of a preference. Some people, including me, like a wider neck on their guitar.

Because of the reinforcements, thick and wide neck, and extra strings, they can be a bit on the heavy side.

Overall, the 12 string guitar has the advantage over a 6 string guitar when it comes to generating more beautiful chords and sounding more unique. But the drawbacks are the higher price, the tension required to hold down the strings, and the difficulty of playing it.

It’s not a guitar for beginners. Everything adds up to that. If this type of guitar was my first guitar, I don’t know if I’d keep playing guitar. That harsh tension required to hold down the strings would be discouraging for any beginner.

Though, I still think there are many reasons why 12-String guitars would be a great addition for any guitar player.